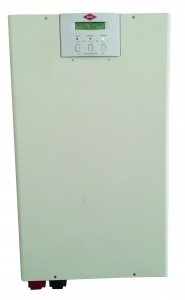 If you are afraid of being left in the dark this winter or in the months to come, we offer battery backup systems that will ensure you don’t experience any down-time in your home or at the office. Battery back-up systems will ensure your telecommunications and electrical devices are up-and-running at all times even when the electricity goes off.

Although we suggest you take nothing for granted and leave nothing to chance, especially as far as important business is concerned, there are a couple of positive things happening with Eskom.

Planned maintenance to a number of power stations is of particular interest:

Nine power stations have undergone and are undergoing planned maintenance in the recent past. Most importantly the power stations are not switched off simultaneously, which means that they would not put the system under too much pressure at once. Maintenance is always staggered.

Eskom is building new power stations plus there are wind farms and solar power stations that are being constructed to alleviate some of the power issues:

Medupi – 4 788 MW – Medupi Power Station is a new dry-cooled coal-fired power station being built by Eskom near Lephalale in Limpopo province.
Kusile – at 4 800 MW – the first unit will be switched on in 2015 and the last in 2018.
Ingula Hydroelectric Power Station – 1 332 MW roll-out in 2014.
Concentration of solar power in Upington which should produce 100MW and begins in 2016.
Sere – The Sere Wind Farm is situated in the Western Cape and will produce 100MW of power once completed.

If you are at present concerned about the power situation in South Africa, it might be a good idea to look at ways and means of being well-prepared as and when the lights go out.

Our battery back-up systems have been designed to ensure you and your business are not left in the dark – if you are interested in lighting up your world when the lights go out call us today to find out more.

Battery backup systems can be connected to your car battery with the use of jumper cables and now you will be able to take your bar fridge and television wherever you go.

Your car can be the perfect generator on camping trips and will be able to power 600 and 800 watt UPS systems – that means you never need be without power ever again if you think smart.

Here is a list of nine interesting facts when choosing battery backup systems:

Read more about how power backup systems and insurance are related here.