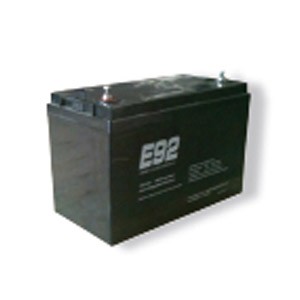 Solar power is the future – but the question is how do solar batteries work and why is solar the power of the future?

Solar power it is unquestionably an alternative power option to replace electricity, fossil fuels and gas, and best of all, for those that use solar power instead of electricity, the results will soon be evident in utility bills, especially in home solar system solutions

For solar power to work solar batteries need to be used. Solar panels absorb the energy from the sun and the solar batteries store the power that is to be utilised as needed.

This is how solar panels work:

A group of solar cells linked together and set in a frame are known as a solar panel.

These cells are made up of special materials called semiconductors, and are mostly silicon. When the sunlight strikes the cell, a certain amount of photons are absorbed in the semiconductor material and energy is transferred to the semiconductor. The energy then “frees” up the electrons in order for them to move about freely.

Photovoltaic cells have one or more electrical fields that release electrons by light absorption and make them flow in a certain direction.

The flow of electrons is an electric current.

On top of the cells and below them are metal contacts via which the cells are able to power an external device – for example an electronic device, such as a pocket calculator.

This current, together with the cell’s voltage resulting from its built-in electrical fields or field, determine the strength of the solar cell – in other words, watt production.

Standard batteries and solar batteries differ substantially from each other. For example, a car battery needs to put out a large current for a short period of time to get the car up and running.  The battery can be charged by the vehicle itself and therefore can run for a longer period of time.

Solar batteries, on the other hand are deep cycle batteries, which means that these batteries give off a smaller current at the beginning but needs to maintain that power for longer periods of time – more so than ordinary batteries do.

Although the solar battery receives its power from the sun it must be able to operate at night as well as on cloudy days and cannot store the energy previously received as is the case with ordinary batteries or UPS batteries.

Power collected from solar panels is a direct current although this current will require converting into an alternative current for the battery to power the facility. A converter is therefore required to ensure the direct current will be sent where it needs to be used while the rest of the current is channelled through an inverter to create alternating current.

Solar power is the future and the solution to our electricity challenges.